​Norman Harvey was 19 when he won his VC medal on October 25, 1918
The VC is the highest award for gallantry in the face of the enemy that can be awarded to British and Commonwealth forces.
The statue, capturing the moment just after the action that won him the honour, is sited in the centre of Mesnes Park Remembrance Meadow.
Norman's award recognised his actions in Ingoyhem, Belgium. When his battalion was held up and suffering severe casualties from machine-gun fire, he ran forward and engaged the enemy single-handed, killing two, wounding one and capturing 12 men and two guns.
He later used a hidden machine-gun to put the enemy to flight. When night fell, he went out alone and gathered important information.
Throughout these actions, Norman was limping as he had a sprained ankle.
Born in Newton-le-Willows on April 6, 1899, Norman enlisted in the 4th Battalion South Lancashire Regiment in November 1914, when he was only 15. He was transferred to the 1st Battalion, Royal Inniskilling Fusiliers in April 1918. After the War, Norman lived at Old Station in Parkside Road.
He re-enlisted for World War II and was killed in action in 1942. He is buried in Haifa, Israel.

NECG knew that we wanted to mark the Centenary of WWI when we formed back in 2012. We had the idea of the Remembrance Meadow in Mesnes Park, as a place where people can go to reflect, and remember loved ones who are no longer with us. We also wanted to recognise our local VC winner Norman Harvey, and the over 300 local soldiers who paid the ultimate sacrifice, and so the idea of this statue came about. We thank everyone for their support, our Newton and Earlestown Councillors, Norman's family, and anyone else who contributed in any way to help make this happen. 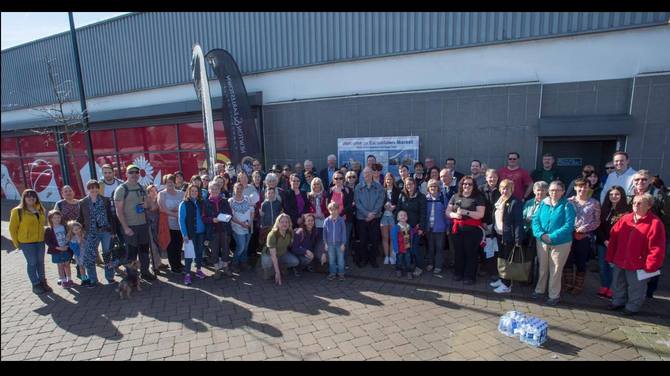 ​Newton and Earlestown Community Group are delighted to announce that we successfully bid for a grant from Cory Environmental Trust in Britain for the refurbishment and regeneration of the Newton-le-Willows Heritage Trail. We are also grateful for the funding and support from Newton Rotary Club and St Helens Council.

The Heritage Trail signage, which was installed with Newton 21 funding around the year 2000 was mostly in a bad state of repair. Some of the signage had outdated information, some were badly damaged, and there were several locations where the sign was missing completely.

We reviewed the original Heritage Trail route and noted that in some areas it had become overly complex and overly long. Large parts of the new trail follow sections of the original trail, but some sections have been removed. It has also been possible to include the site of the Vulcan Works on the trail owing to the new footpath between Wargrave Road and the Newton Greenway. The trail is approximately 10km/6 miles in length and forms a complete circular route. There are detours along the route that people can take to visit  heritage locations that are not part of the route, or to take in areas of natural beauty. One example of this would be signage in Willow Park that would give walkers information on a detour to Castle Hill.

We have refreshed the Heritage Trail signage with current information and QR codes, which links to Newton Heritage Trail & health walk website that contains detailed histories of the heritage locations, also detailed maps and directions for the detours (including those beauty spot walks). The trail brings our local history and our beautiful walks around Newton-le-Willows to as many people as possible, and with this in mind the route passes both Earlestown and Newton Railway Stations, which both have car parking, making this walk accessible via public transport to people from the surrounding districts too.

Newton Heritage Trail & Health Walk is an unique trail linking natural, cultural and historical heritage around Newton-le-Willows. Level and barrier free for most of its length, the trail is suitable for walkers of all ages and abilities. Responsible dog walkers are most welcome too. We are very keen to work with schools to tie in the trail and website to the curriculum, both local history and particularly items relating things of national importance, such as the opening of the first inter-city passenger railway (The Liverpool and Manchester Railway), the opening of the first industrial canal (the Sankey Canal), the Rotten Boroughs and the Reform Act of 1832, as well as the part played by local engineering firms in WWII. We will also be developing information packs and worksheets that can be used by local schools. We hope that the heritage trail will prove to be a sustainable resource available to all our local schools to use to support delivery of local history, SMSC education, citizenship, outdoor education, and promoting healthy lifestyles. We are also working with local health agencies to help promote the physical and mental health benefits of spending time outdoors and physical exercise.

Local support for the project has been phenomenal!
Newton Heritage Trail

With the support received from the public, we were awarded £3000 from the Lloyds Community fund. The award was to create a picnic Area in Mesnes Park and to arrange flower and bulb planting in Newton & Earlestown.
Thank You to everyone who came along to our Community Planting session in Mesnes Park. The plants have bedded in really well and the plot is looking lovely. 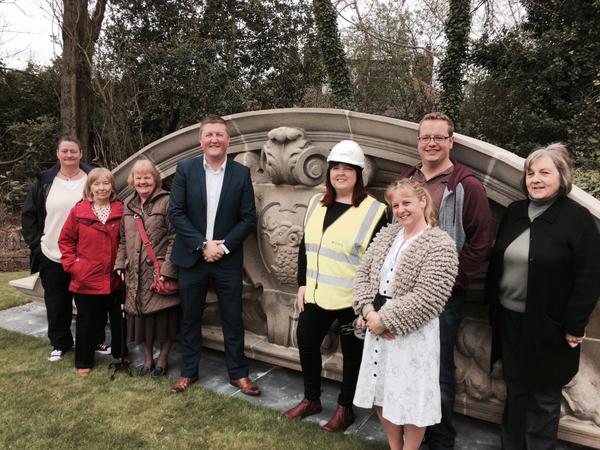 NECG were very disappointed when we heard the news of the proposed Newton College demolition. It was a well loved building that had seen countless engineering students through it's doors, many of whom, worked their trade in our once thriving town. We raised support in our local community to save it, and hopes were high when demolition was refused at planning. Once this decision was overturned at National level, the plan to save the ornate stonework and resite it as permanent public monument was put into action. A Thank You must go to our local councillors, who were key in negotiating this project & funding. We must also give a big Thank You to Wates Group who also gave a very generous donation for the project. NECG will be involved in bulb planting later in the year. More pictures can be found in our gallery.

A group of ex-Vulcan employees, and various members of the community.

Many people will remember "Vulcan" from their childhoods playing on her on the Vulcan Sports Field. Previous to that she was an operational works shunter. She has been fully restored, and NECG were very lucky to be able to bring her to 2014 Newton Town Show, where she proved to be the star attraction. The group organised a coach trip for interested community members, to go along to Ribble Valley Steam Railway and see her in steam. It was a very enjoyable afternoon enjoyed by 63 members of the community.
Remembrance Meadow Opening
The Group, Mayor, Lord Lieutenant of Merseyside and Deputy Lieutenant. 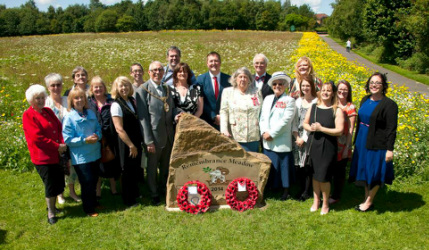 At one of our meetings the Newton and Earlestown Community Group decided that we would like to do something to mark the 100th anniversary of World War One. We decided that we would like to create a Remembrance Meadow in Mesnes Park, as a place where people can go to reflect, and remember loved ones who are no longer with us. The Community Group and the Council have jointly funded the creation of the meadow which was planted with poppies for the centenary year and in future years will be planted with wild flowers.
Newton and Earlestown Community Group est 2012